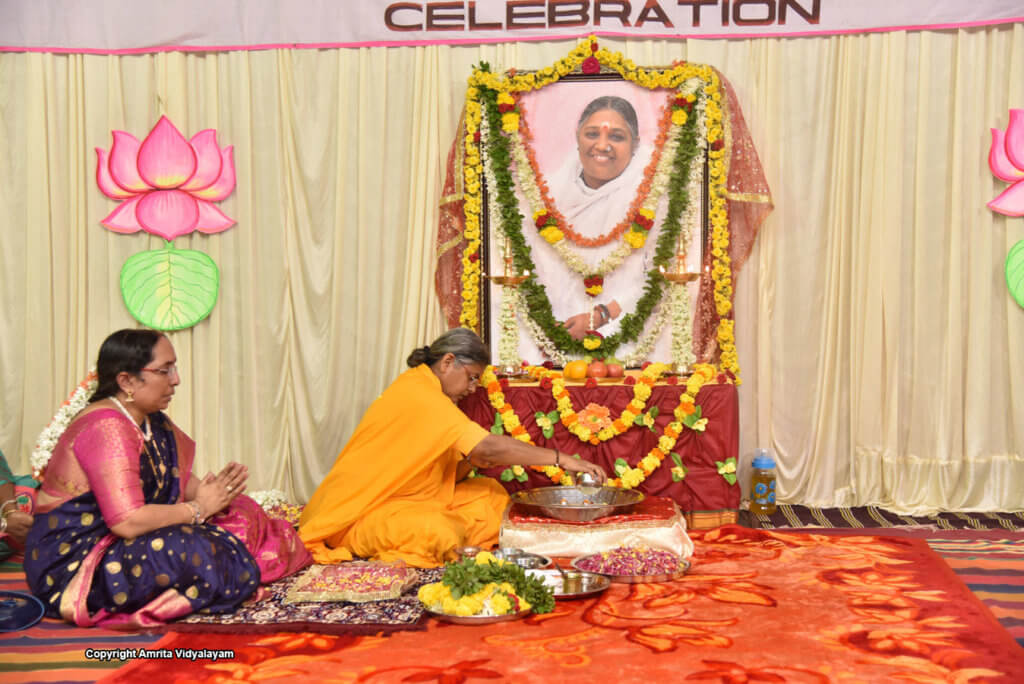 Gurupoornima is a special day in the Hindu calendar that falls on the full moon day of Ashada month. This is a day dedicated for revering one’s Guru as it is also considered to be the birthday of Veda Vyasa who is believed to have categorized the single Veda into four.

Our school celebrated Gurupoornima on July 16th. The programme was held in Ujwal Laxmi hall, and began by receiving Amma’s Padukas with shankha tala and trumpets. Our Principal, Bri. Amalamrita Chaitanyaji and the Headmistress lit the holy lamp seeking Amma’s blessings. The formal welcoming was done by Mrs. Leena Naik, and Shivangi D. Gaonkar of Std. VIII delivered a speech on the significance of the day. Later, Amma’s Paduka pooja was performed by Principal Amma accompanied by the chanting of Guru stotram and Amma’s ashtotharam. Principal amma also gave a satsang on Guru Mahima. She addressed parents and students, narrating the true story of Amma’s life and the importance of having a Guru in one’s life. She also requested the parents to inculcate the value of respecting and obeying one’s parents in their children, and urged them to guide the children to take their blessings everyday as it would not only benefit the children, but also make parents aware of their own responsibility towards their children. 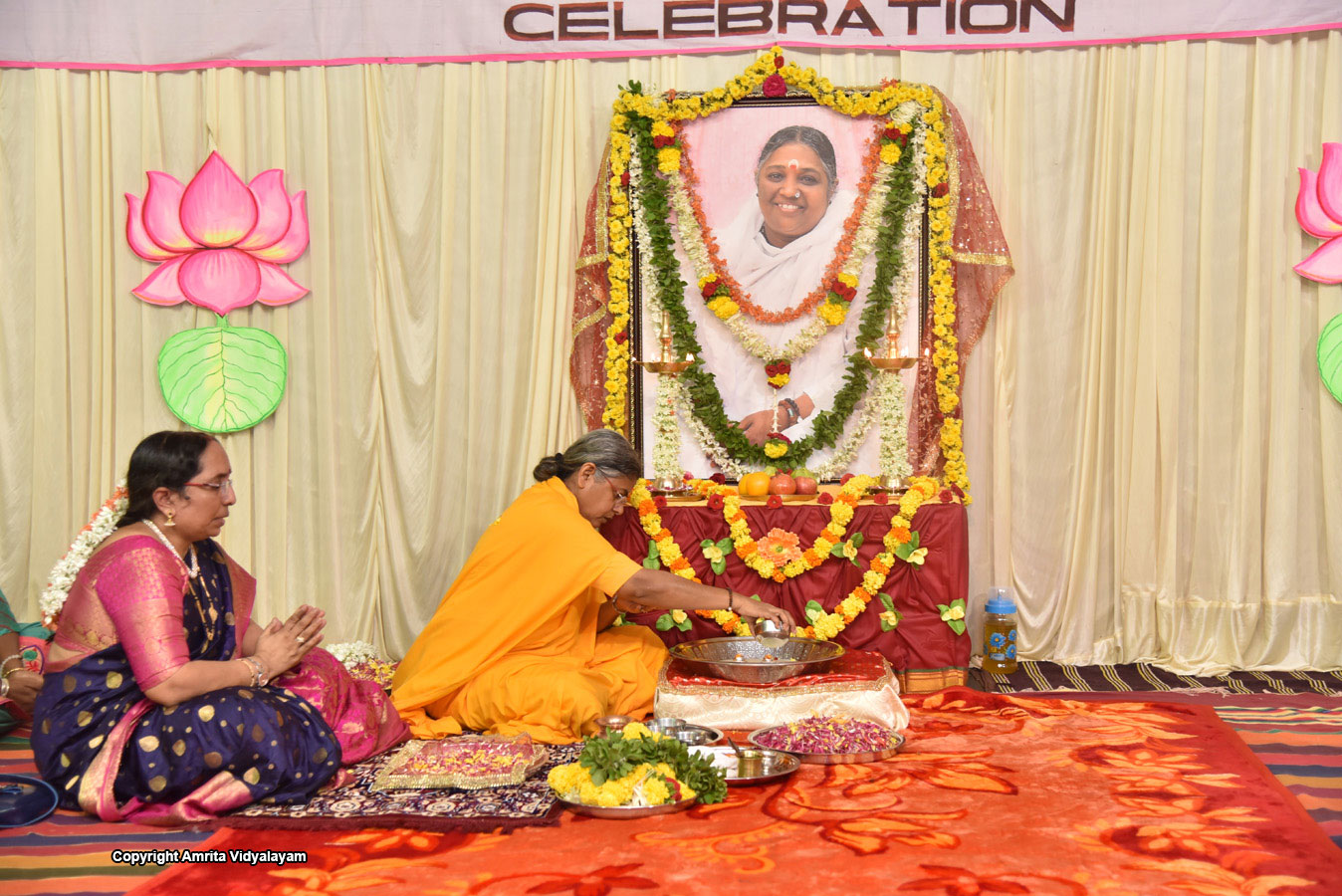 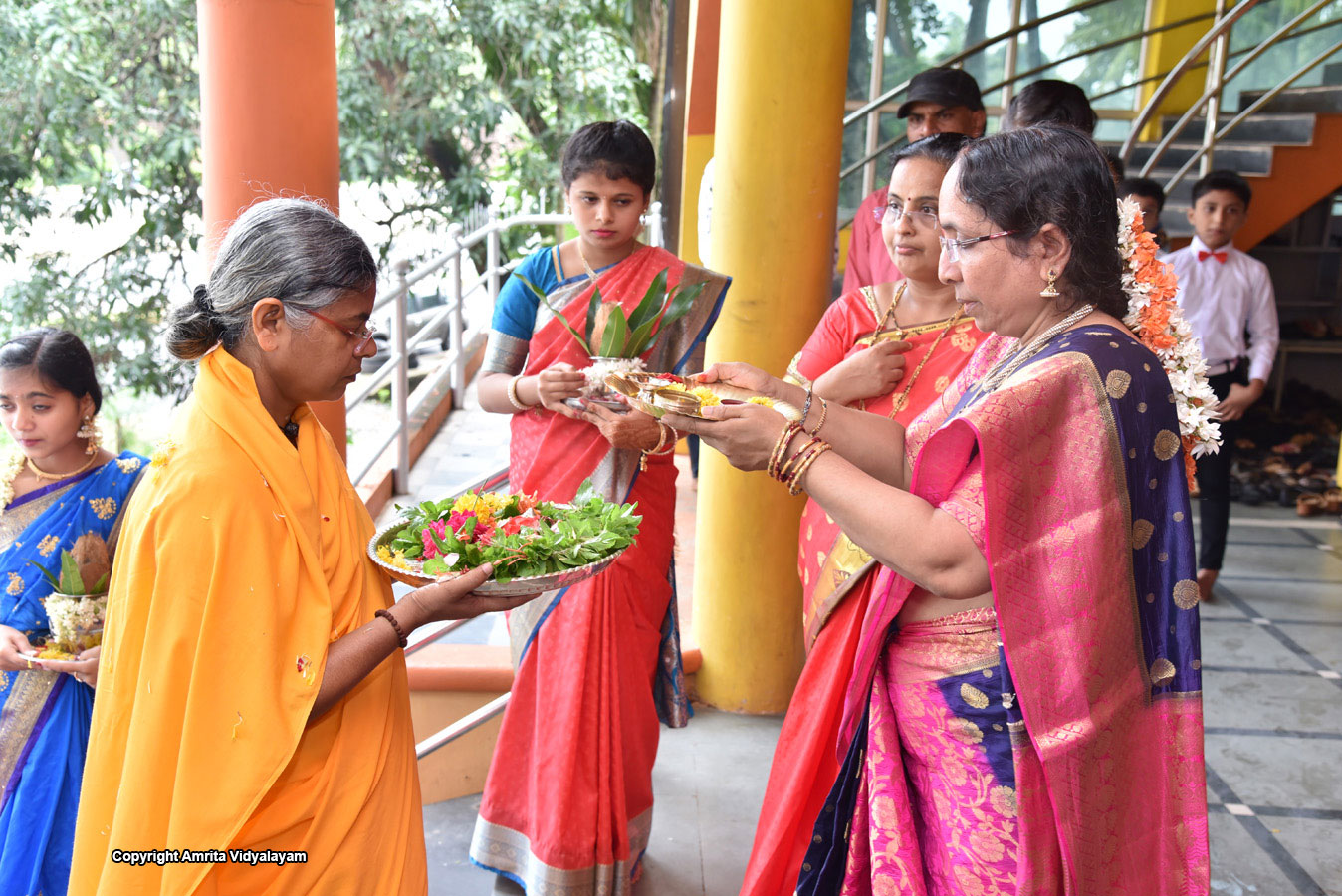 Later, Samskriti Pooja wherein students worship their parents’ feet was performed under the guidance of Principal amma with lot of devotion and reverence. The directions for the pada pooja was given in English as well as Kannada by Mrs. Pushpalata Lonekar and Mrs. Anjali Naik respectively. Students sang bhajans glorifying our beloved Amma, Satguru Mata Amritanandamayi Devi, Lord Krishna and Shankara. 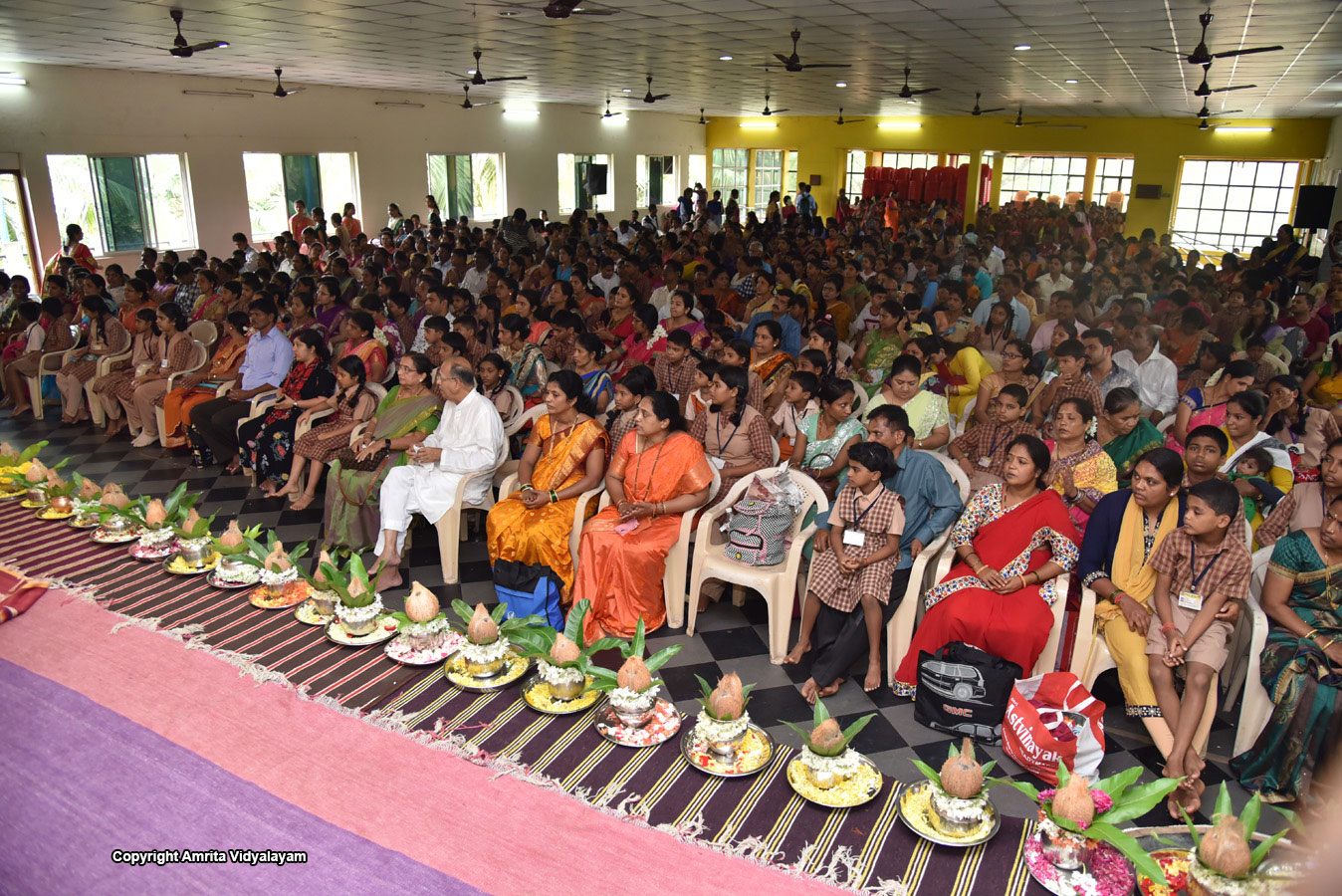 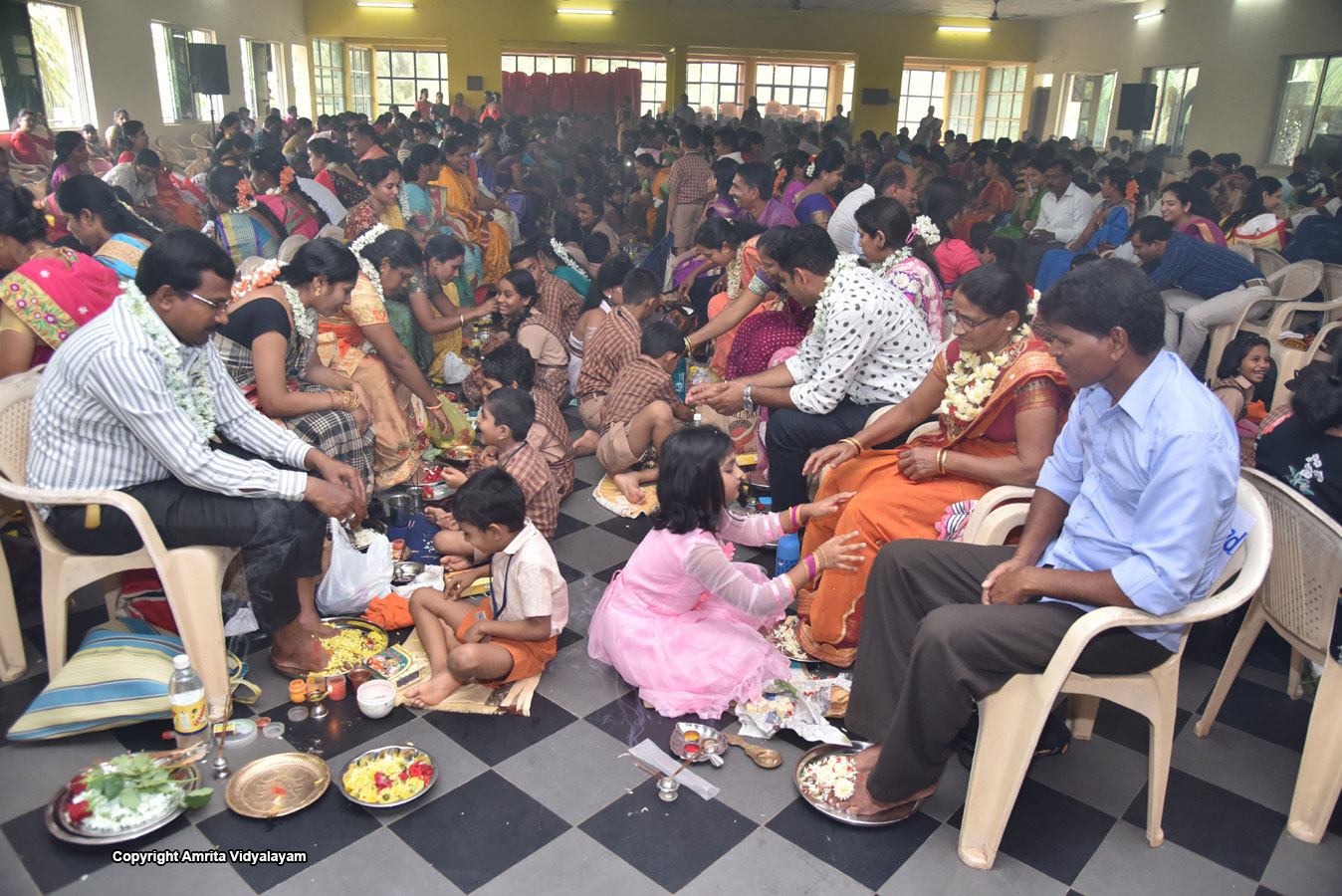 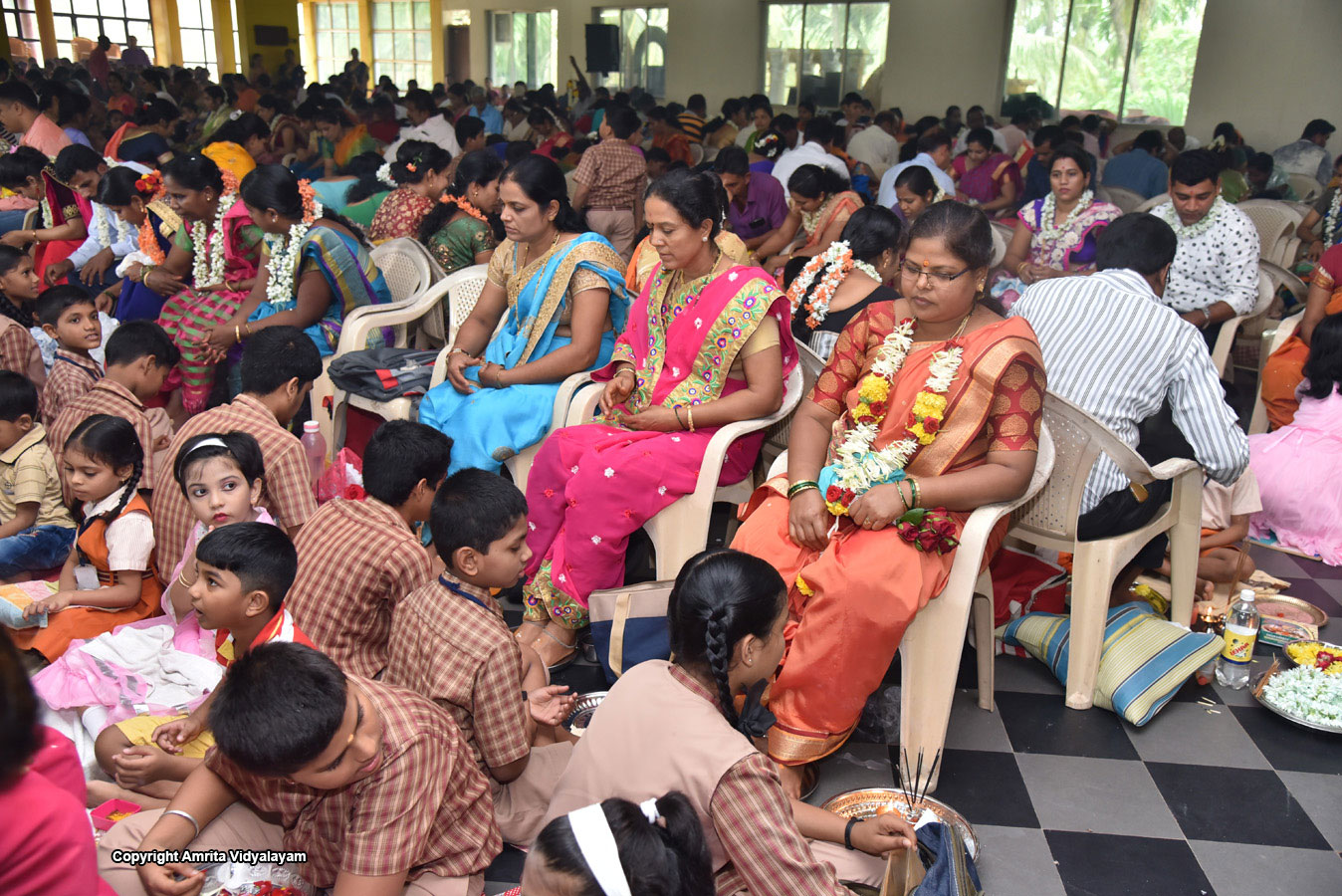 Guru Vandana or honouring of teachers was performed to those teachers who had completed 10 years of service at the school. At the same time, the other senior teachers were also presented with mementos. The teachers who were honoured were Mrs. Durga Naik, Mrs. Pushpa Manjrekar, Mrs. Anjali Naik and Mrs. Preeti Desai. 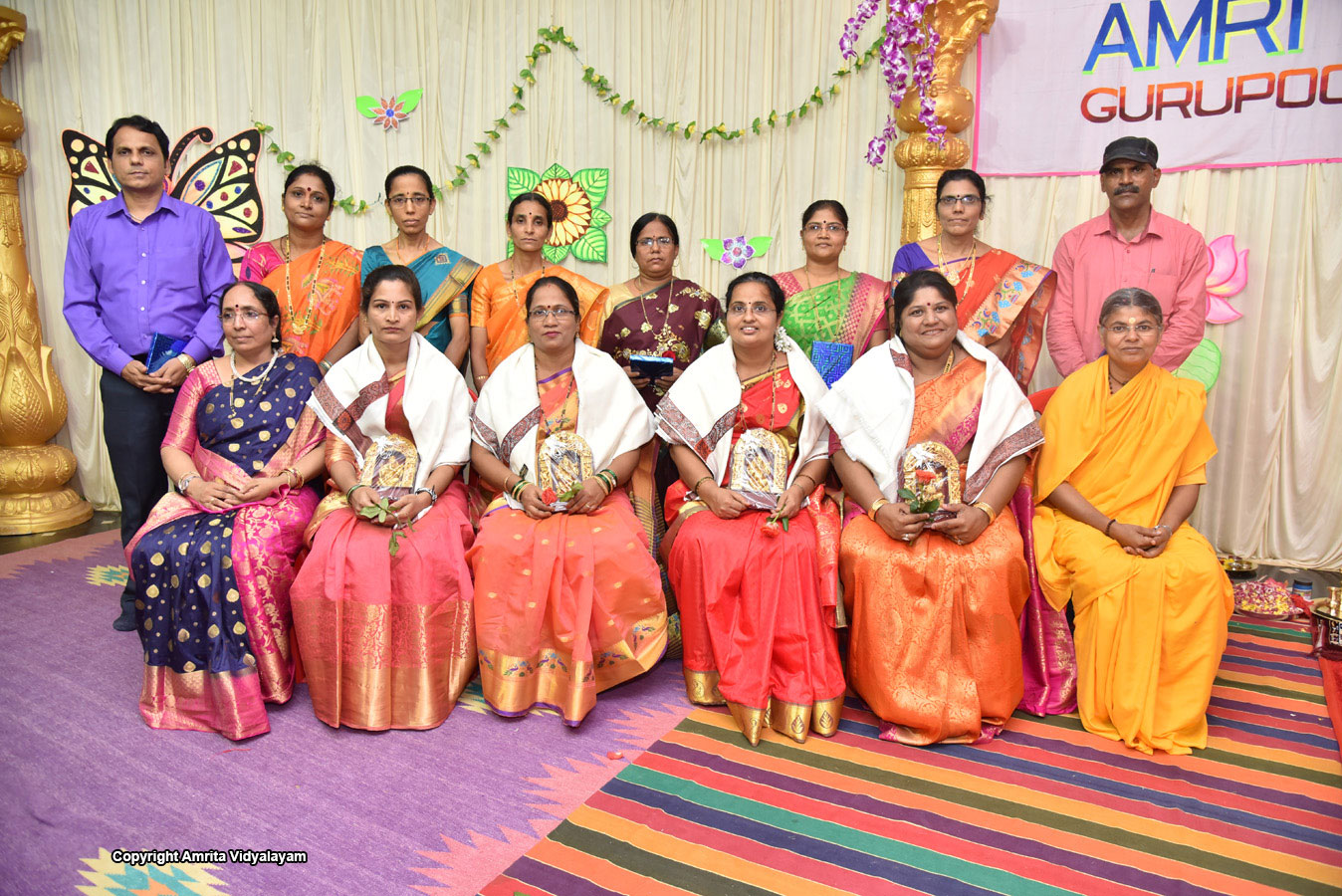 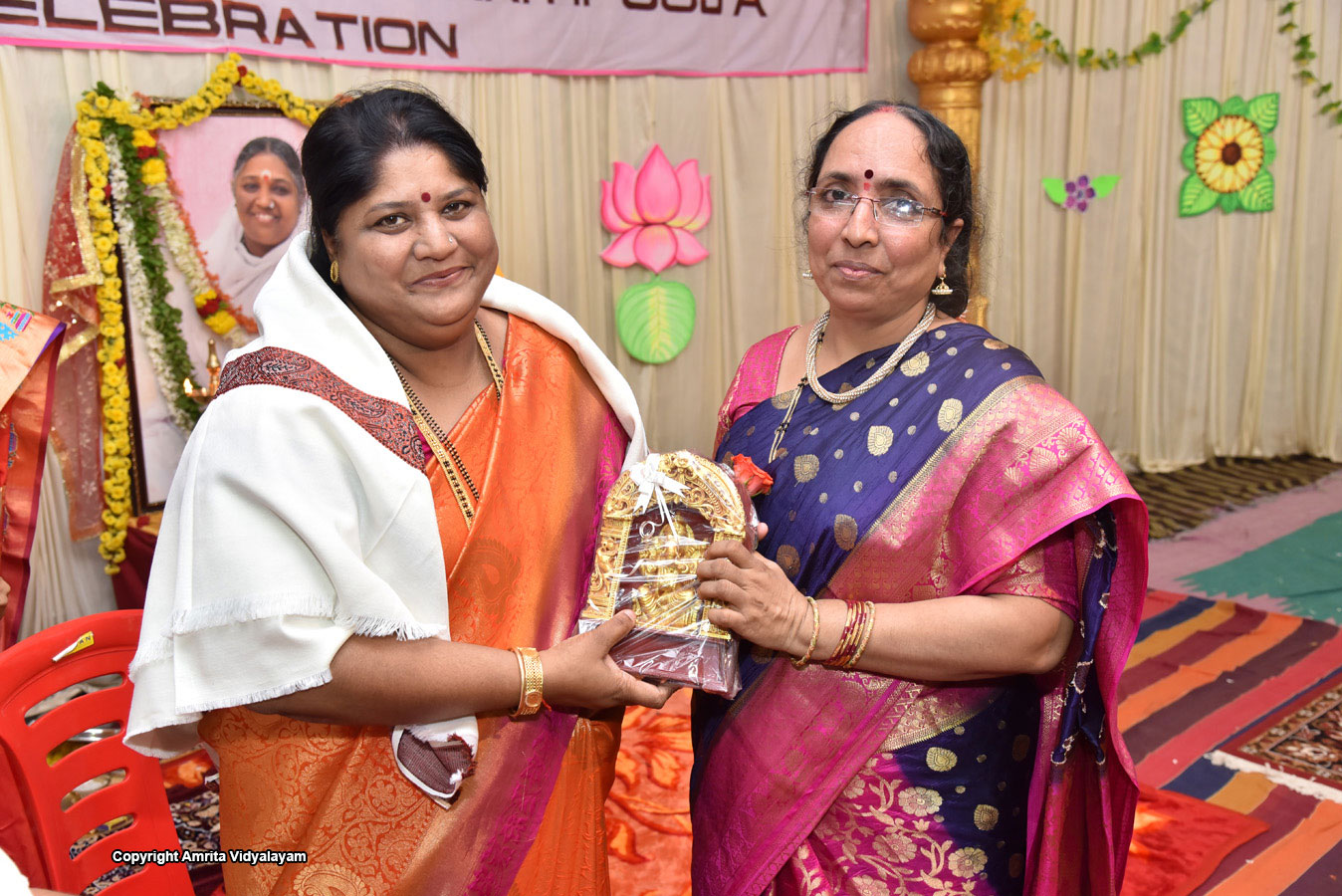 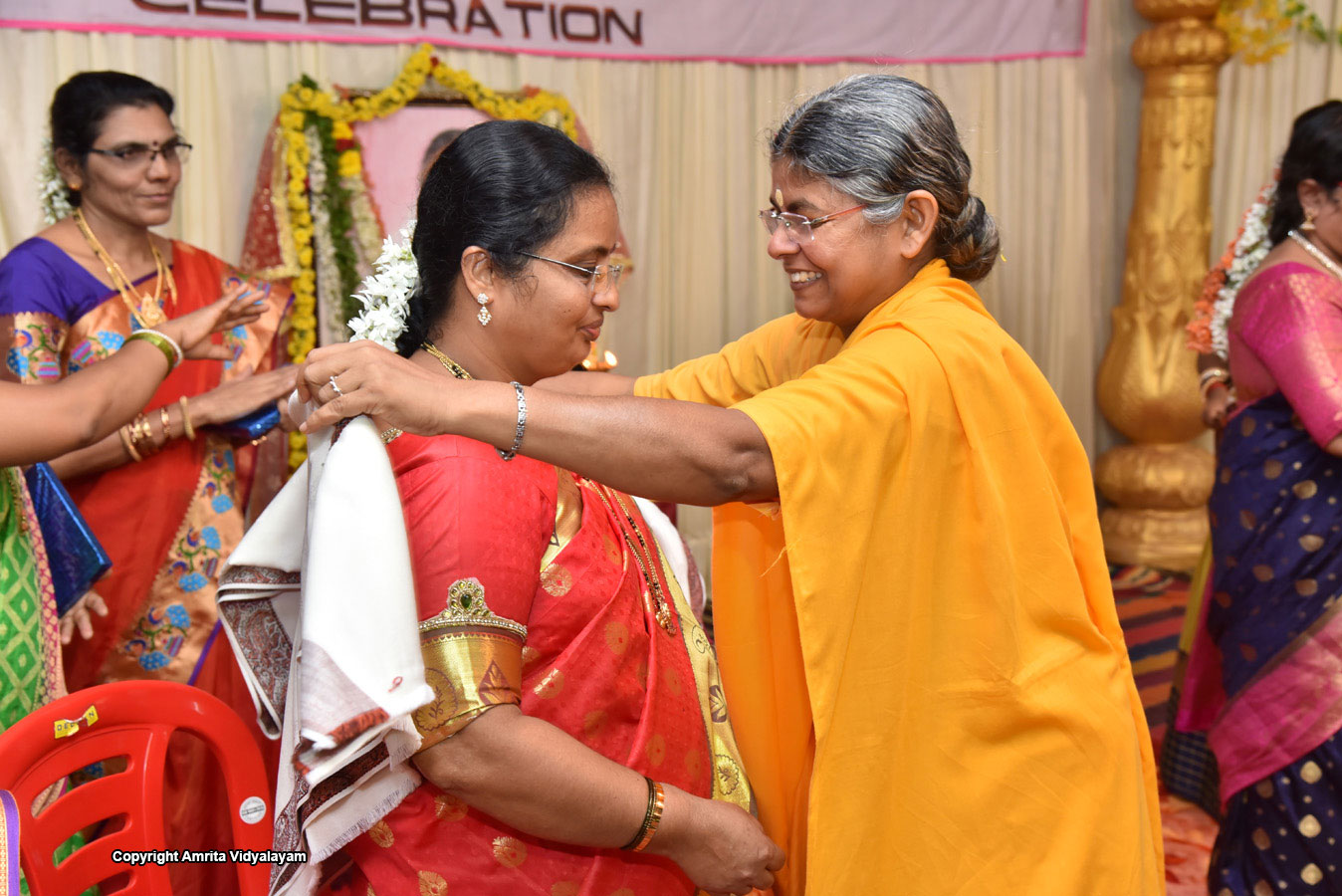 Maha arati was performed with lots of devotion. All the staff, students, parents and other invited guests took part in the pooja and sought Amma’s divine blessings. 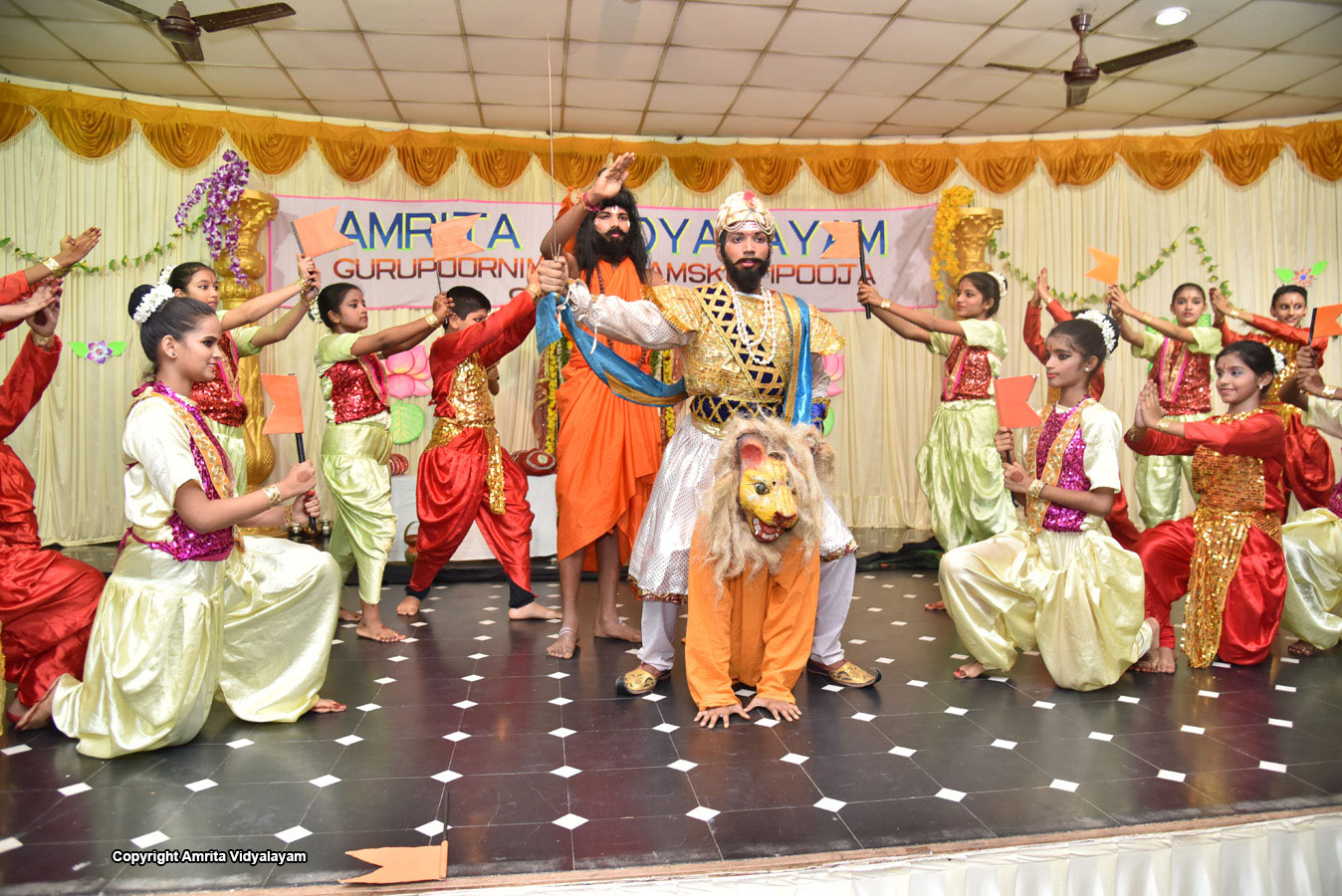 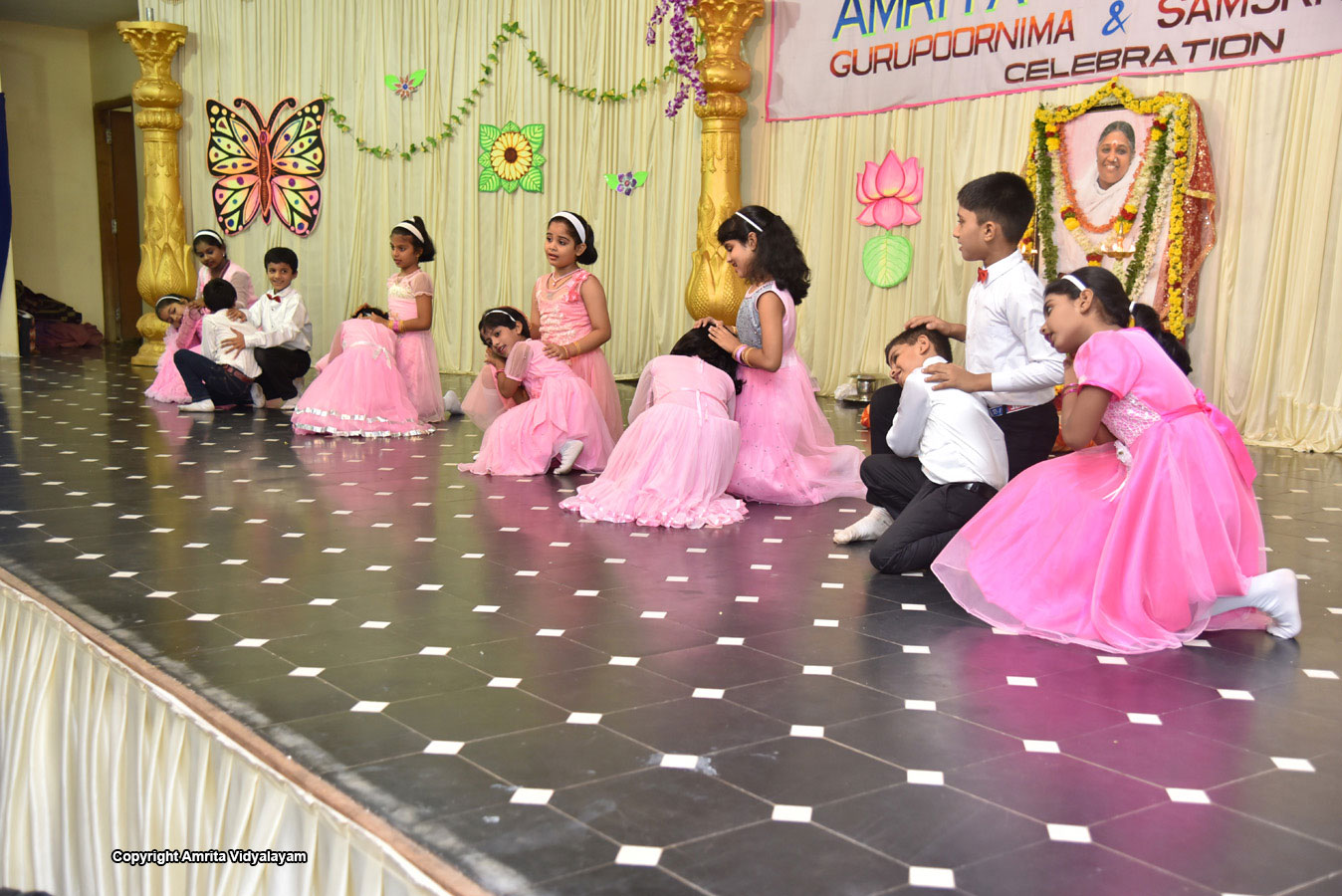 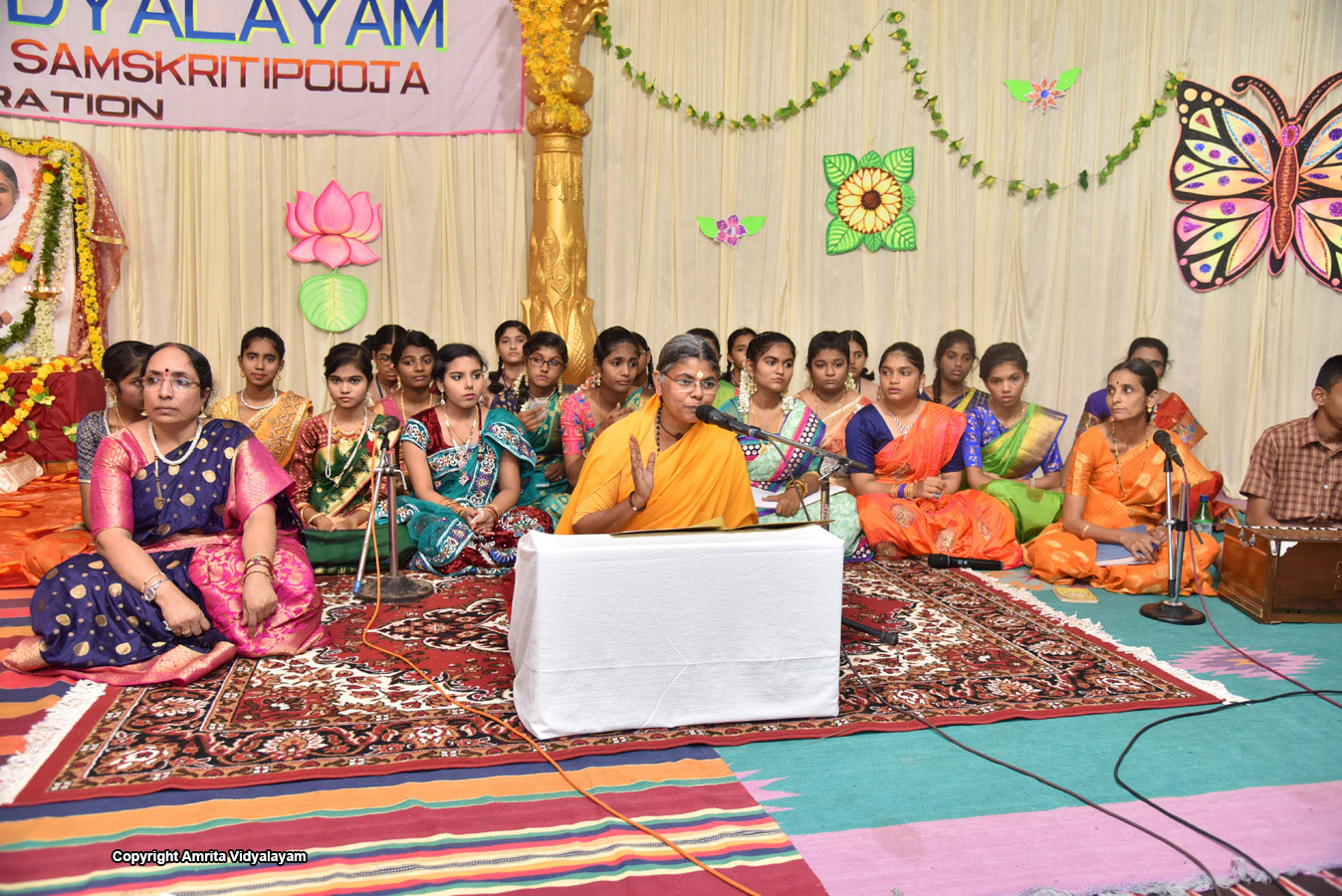 Cultural programmes by our students followed, including a dance depicting love and reverence for parents, and a dance drama called Gubhakta Shivaji which portrayed the divine power of the Guru. The programme concluded with prasad distribution by Principal amma to everyone present in the hall.

Mrs. Leena M. Naik was the Master of Ceremony for the entire programme.

Your application has been successfully submitted. Thank you for applying to Amrita Vidyalayam, Karwar.

Our administrative executive will contact you back at the earliest.